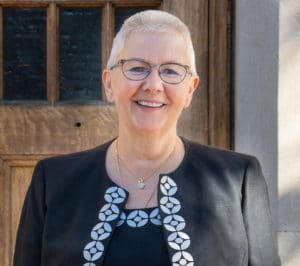 Assistant to the President

Current Focus: As Assistant to the President & CEO, Helen provides support to Ryan in all aspects of his job – including attending meetings regularly and assisting administratively with the Chamber & CREDC Boards of Directors.

Professional Background: Helen has more than 48 years of experience in the Administrative field. She started her career as a secretary at an insurance agency in Altoona, followed by a number of years at the Altoona Blair County Chamber of Commerce. She moved to the area in 1992 with her husband, Robert Wallace and worked for almost 3 years in the House of Representatives. A move to the western part of the state gave her the opportunity to work for the Mercer County Behavioral Health Commission. When she returned to Harrisburg she found employment at Harrisburg Area Community College and worked for the College from February 2000 to August 2013.  She retired from HACC on August 9, 2013.  The opportunity to work in another Chamber called to her and she started at the Harrisburg Regional Chamber & CREDC on August 12, 2013.

Education: Helen graduated from Bishop Guilfoyle High School in Altoona PA in 1968.  She also graduated from HACC in 2009 with an Associate Degree from their Administrative Office Specialist Program (AOS).  She is a past President of the Harrisburg Chapter of the International Association of Administrative Professionals and also served as a past vice president and treasurer of the organization.

Personal:  She has been married to Robert M. Wallace for 22 years.  They have a blended family consisting of 3 daughters and 2 sons.  They are blessed with 6 grandchildren.