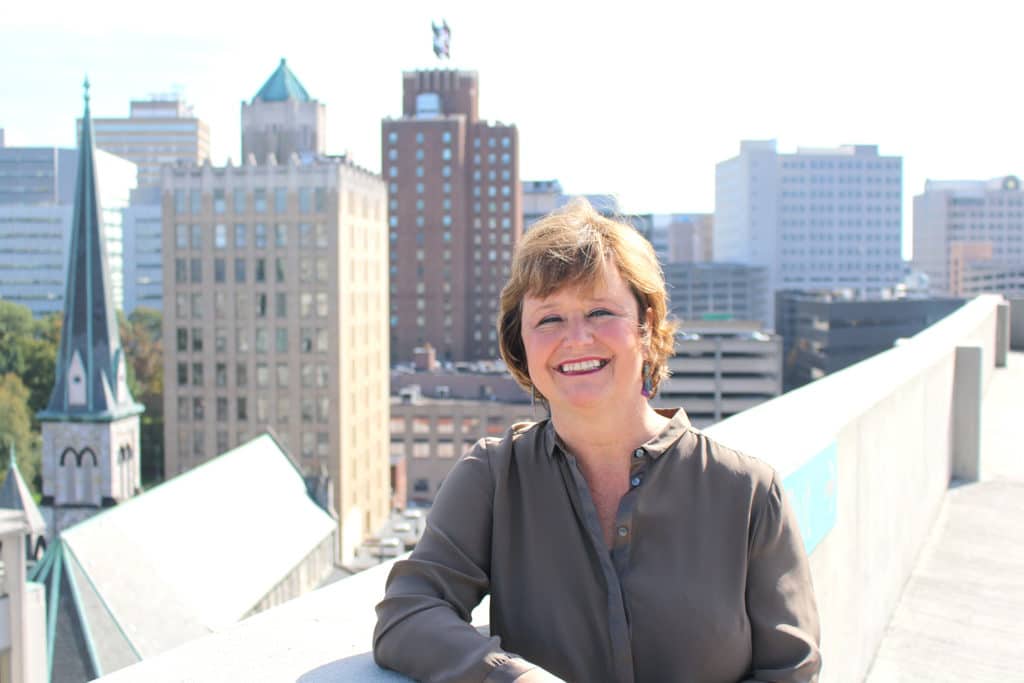 At the YWCA’s annual Tribute to Women of Excellence awards event at Hershey Lodge, Ginny was recognized for her lifelong dedication to a variety of community causes focusing on women’s empowerment, community health and social justice, including the YWCA Greater Harrisburg. She was nominated for the award by Ellen Kyzer, VP, Director of Client and Community Relations at PNC Bank Central PA Region.

The Carolyne L. Smith Legacy Award was established in 2001 to honor an exemplary woman whose efforts set a standard for a lifetime commitment to the welfare of the Capital Region. Roth’s late business partner, Carolyne Smith, received the award in 2004, and it was renamed in her honor after her death in 2013. In her service to the YWCA, Ginny has continued the legacy. She has re-energized the YWCA’s In a Pinch Fund by dedicating agency resources to branding and promoting the program, which helps women living at the YWCA shelter with small emergency grants.

“Ginny is passionate about giving back to her community and it truly shows in her support of the YW,” said YWCA Greater Harrisburg CEO Mary Quinn. “Ginny and her team lead a fundraising effort through the In a Pinch fund that benefits YWCA consumers when they are in need of small grants to bridge the gap back into the workforce.”

Since its founding almost 40 years ago, PPO&S has developed into one of the most successful communications practices in central Pennsylvania. Ginny’s tenure at PPO&S began in 1982, she became a partner in 1985, and president in 2010. Ginny leads teams in developing research-based strategies for clients encompassing a range of industries including higher education, insurance, healthcare and banking.

Ginny’s many community recognitions include the esteemed Central Pennsylvania Ad Club Silver Medal Award. She is regularly invited to speak to professional, educational and service organizations on topics ranging from marketing and leadership to public service.