GuideWell Source announced today that Sandy Coston, chairperson and chief executive officer (CEO), will retire at the end of 2019 following a 15 year career with the company. Harvey Dikter, currently president and chief operating officer (COO), has been named to succeed her. 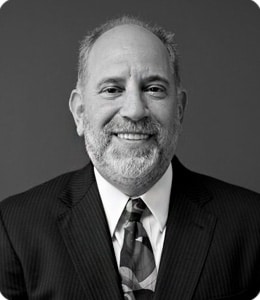 Dikter joined the GuideWell Source Family of Companies in 2005 as vice president & general counsel and has held a number of operational and organizational positions, before being named to his present positions with the company. Throughout his leadership, he has led several critical strategic initiatives including the negotiations for the acquisition of Novitas Solutions, which grew the GuideWell Source Family of Companies’ Medicare footprint three-fold by serving as the Medicare Administrative Contractor (MAC) for 12 states, District of Columbia, Puerto Rico and the U.S. Virgin Islands. Prior to joining GuideWell Source, Dikter held a number of executive positions with Exelon Corporation. Dikter holds a bachelor’s degree in business administration from Bryant University, a Juris Doctorate degree from Widener University School of Law, and a Master of Laws in taxation from New York University School of Law.

“When I think about the past 15 years, I am honored to have worked with such a wonderful team, who continually put our customers first. Together, we have become trusted partners who have grown by winning and retaining our MAC contracts. As I think about the future, I know that we have the right people in place to continue our success. Throughout Harvey’s tenure, he’s helped our corporate performance reach historic highs, and has been instrumental in developing and driving our customer focused culture throughout the GuideWell Source Family of Companies,” Coston said.

The company also announced the following additions to its leadership team:

About GuideWell Source Headquartered in Jacksonville, Fla., GuideWell Source is the corporate services and parent company for First Coast Service Options, Inc., Novitas Solutions, Inc. and GuideWell Allegiance, which provide administrative services for government-sponsored healthcare programs. Through the efforts of its nearly 3,000 employees, GuideWell Source provides quality Medicare administrative services throughout the United States as well as Puerto Rico to nearly 12 million beneficiaries and the 600,000 healthcare providers who care for them. For more information, visit www.guidewellsource.com.