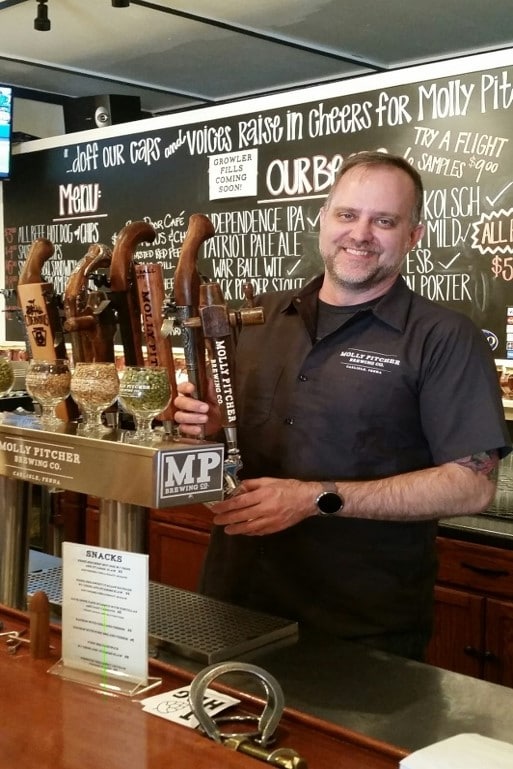 The Harrisburg Regional Chamber & CREDC (Chamber & CREDC) helped Molly Pitcher Brewing Co. secure a $100,000 CED loan in the Fall of 2014 to open a brew pub at 10 East South Street, Carlisle, Cumberland County, PA.  Molly Pitcher’s tap room opened in November 2014 to great acclaim and many enthusiastic patrons.  The company continued to gain popularity and build a customer base. Mike Moll, one of 4 partners in the business venture, happily reports that they are ahead of projections despite the most crucial equipment being delayed for months.

Using starting equipment designed to produce only 2 kegs per batch, the pub brewed 8-10 batches per week of a wide variety of recipes.  Soon they found they were barely keeping up with customer demand.  They extended the brew pub hours in May 2015 which now include Fridays.  This met customer wishes yet further strained their production capability.

The company’s business plan always projected beer production on a larger scale than for just their own brew pub.  Thankfully, after at least a 6 month delay, the company’s most critical equipment arrived in June 2015.  Delays in this type of equipment are not uncommon right now due to the increased popularity and growth of the microbrew industry as well as the dockworkers strike in San Diego. The new 7 barrel system is approximately 20 times larger than the system used to start the company and will produce 42 kegs per batch without detracting from the variety of recipes that Molly Pitcher currently offers.

Even before the idea for starting Molly Pitcher fully evolved, Mike and his partners were home brewers.  Many local beer enthusiasts including local pub owners expressed interest in the group’s private brew which spurred on the idea to create the new business.  With the new 7 barrel system in place, those pub owners will likely be some of the first large batch customers.  The tap room will also start selling growlers for their loyal patrons.

Mike Moll was born and raised in Carlisle, PA.  It is has been his desire to stay local and give back to his community as a business owner.  He is astounded by the local community support.  “The overwhelming positive community reception of Molly Pitcher’s tap room has been the most humbling experience,” he said.  The company’s startup was supported by both CREDC helping them to secure a $100,000 CED loan from the PA Department of Community and Economic Development and with $60,000 in assistance from Cumberland County Redevelopment Authority.  Mike said, “Both CREDC and the Redevelopment Authority have been very helpful in starting our business.  They were supportive, thorough, and delivered results with a personal touch.” 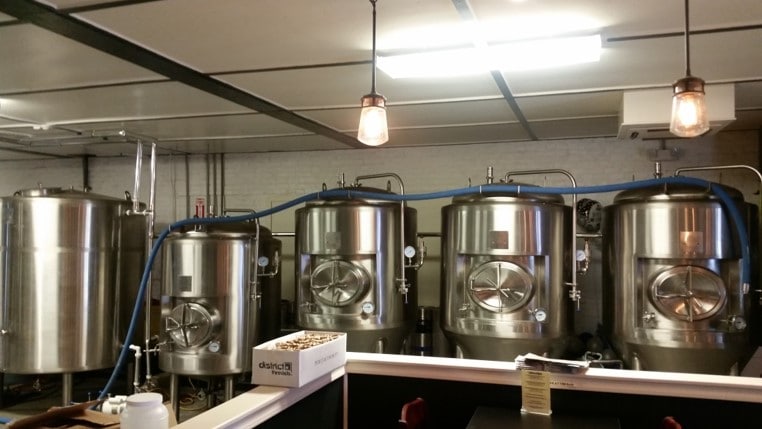 The Capital Region Economic Development Corporation is the economic development arm of the Harrisburg Regional Chamber, and is the leading organization for promoting and performing economic development activities in Cumberland, Dauphin and Perry counties.  The group offers a variety of programs and resources to help attract, retain and expand business in the region. CREDC is a certified lender in Cumberland, Dauphin, and Perry counties.
The Harrisburg Regional Chamber & CREDC serves as a catalyst for promoting growth and quality of life in Cumberland, Dauphin and Perry Counties by providing a unique blend of business, community and economic development and advocacy services under one roof to boost our economic vitality and livability as a region. The Chamber & CREDC has been accredited with five stars from the United States Chamber of Commerce.