The Harrisburg Regional Chamber and CREDC today announced the hiring of Courtney Highfield as Digital Experience Director. Highfield has spent six years as a TV news reporter, most recently with CBS 21. 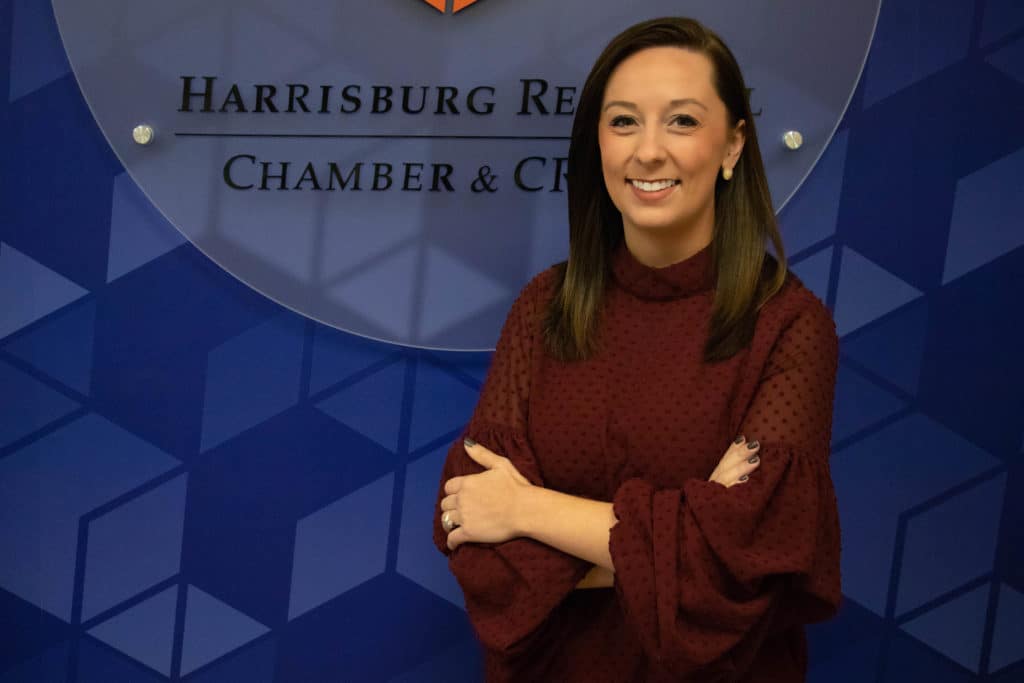 Closely following the launch of the Chamber & CREDC’s redesigned website, the newly created Digital Experience Director position allows the organization to place greater emphasis on its digital presence. Highfield will continue to evolve the Chamber & CREDC’s digital presence to maintain exceptional experiences for Chamber members on the website, and through social media and digital communications channels.

“We’re taking another great step in our journey of more than 130 years,” said David Black, Chamber & CREDC President and CEO. “Continuous evolution is vital to achieve our mission of regional improvement. Courtney has the right skills and experience to contribute to our organization’s growth.”

Highfield joined CBS 21 in June of 2016 as a Multimedia Journalist. Her career includes stints as a multimedia journalist, fill-in anchor, and producer at WFXL in Albany, Georgia; and as a multimedia journalist at WGME in Portland, Maine. Her work has won several awards. Highfield graduated from the University of Alabama with a bachelor’s degree in Telecommunications and Film and a concentration in Broadcast Journalism.

Highfield began fulltime at the Chamber & CREDC on November 5.

“I’m excited to work for an organization that’s focused on improving my community,” Highfield said. “I know this region well, and I look forward to telling its story and the stories of this community in a way that will inspire others.”

Harrisburg Regional Chamber & CREDC serves as a catalyst for promoting growth and quality of life in Cumberland, Dauphin and Perry Counties through bold leadership, visionary members and powerful results. The organization provides a unique blend of business, community/economic development and advocacy services under one roof to boost the economic vitality and livability as a region. The Chamber & CREDC has been accredited with five stars from the United States Chamber of Commerce.