Harrisburg, PA, November 29, 2018 – Alexander Building Construction Co., a member of The Butz Family of Companies, announces changes to various leadership positions within the company to ensure its’ future growth and longevity in the market. 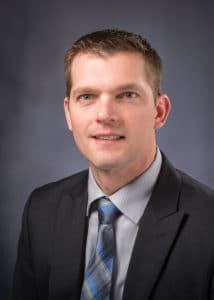 Jeff Smith has been promoted to General Manager of the Harrisburg office assuming all oversight of the office’s daily function and financial responsibilities. During his transition he will continue to oversee project teams as Project Executive and maintain executive level contact with clients. Smith most recently served as Senior Project Manager. He has worked for Alexander for 15 of his 23-year career.

He has managed projects totaling more than $675M over the course of his career with Alexander, primarily in the healthcare market.  Most recently, he oversaw multiple projects for WellSpan Health and Mount Nittany Health.

Smith earned his Bachelors of Science degree in Health Policy and Administration from The Pennsylvania State University. He was named Project Manager of the Year by American Subcontractors Association of Central PA in 2012.

Jeff resides in Middle Paxton Township with his wife Liza and their two children, Callie and Brady.  Jeff is active in his community volunteering with the Boy Scouts of America, youth baseball, and has served on the Middle Paxton Township Planning Commission for the last seven years.  He also serves as a board member and mentor for the ACE Mentor Program of Central Pennsylvania which introduces high school students to careers in the integrated construction industry.

Stephen Wilt has transitioned from the General Manager role into a Project Executive with an increased focus on Alexander’s affiliate company, Forge 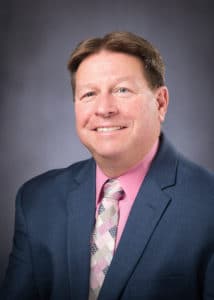 Wilt has been with Alexander for 19 years after serving in the United States Army in the engineering field for more than 20 years in the continental United States and overseas.